Reading:
The Superfund Program and bioremediation of contaminated sites
Share:

The Superfund Program and bioremediation of contaminated sites 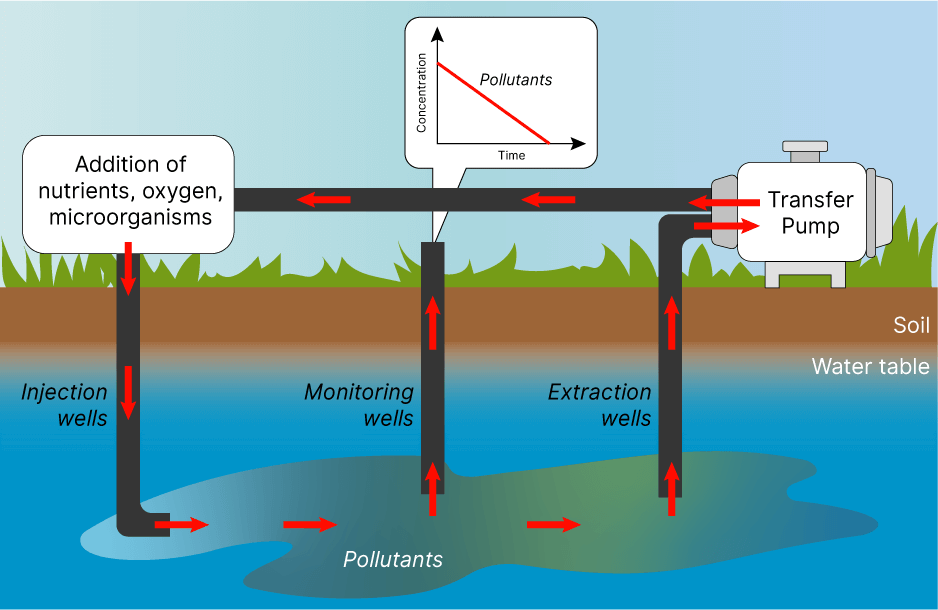 Because of the massive impacts on human health, remediation of contaminated sites has become an integral part of engineering research and practice.

The United States Environmental Protection Agency (EPA) identifies and cleans up some of the most contaminated sites in the country via the Superfund program. The Superfund program was established by Congress in 1980 via the Comprehensive Environmental Response, Compensation, and Liability Act (CERCLA) after the public began to learn about the risks to human health caused by dumping toxic waste into the environment1. The Superfund program has four main goals1. First, protection of human and environmental health. Second, tasking responsible parties with remediation of (and payment for) the contamination. Third, returning contaminated sites to productive use. Lastly, to involve communities in the process. The EPA also maintains the National Priorities List (NPL): a list of highly contaminated sites that are top priority for remediation. Anyone can search the Superfund website for sites across the country that have been proposed to, are currently listed on, or have been deleted from the NPL (https://www.epa.gov/superfund/search-superfund-sites-where-you-live).

There are several ways to remediate contaminated sites which are separated into three categories: physical, chemical, and biological. Bioremediation is the use of microorganisms, like bacteria, to remove contaminants from soil and groundwater. Similar to how humans breathe oxygen and eat food, some microorganisms can naturally eat and breathe toxic compounds. During this process called metabolism, the toxic compound is transformed into a different compound. If the resulting compound is less toxic or totally non-toxic, the microorganism may be used in bioremediation.

Organisms can also transform contaminants into more toxic compounds. Therefore, it is important to perform experiments to determine end products of microbial metabolisms.

An example of a common Superfund contaminant is trichloroethene (TCE). TCE is a solvent that has been primarily used for its cleaning and degreasing properties in industries including dry-cleaning, automotive, electronics, and food processing2. However, it was also used as a general anesthetic in human dental procedures and a variety of veterinary procedures2.

Now, TCE is a known carcinogen3 and, because of poor storage and disposal practices, a common soil and groundwater contaminant around the world.

TCE can be difficult to remediate in the environment for several reasons. First, at standard conditions, it is a dense liquid that is insoluble in water. Because of this, it will travel down through the ground until it reaches a surface it cannot pass such as bedrock. Then, it will slowly bleed into the groundwater over time. Because TCE can settle deep in the subsurface, it is often impractical to use physical or chemical remediation. Another reason TCE is hard to remediate is that many subsurface bacteria can transform TCE, but only partially (Figure 2).

These bacteria can transform TCE to dichloroethene (DCE) and vinyl chloride (VC), both of which are more toxic than TCE. However, scientists have discovered one species of bacteria that can metabolize TCE, transforming it to the benign product ethene called Dehalococcoides mccartyi (de– (remove) halo– (halogen, e.g. Cl-) coccoid– (sphere)) (Figure 2). Environmental scientists and engineers have spent many years optimizing growth of D. mccartyi for use in bioremediation4-7. Recently, there has been a push to develop bioremediation solutions for contaminant mixtures, such as TCE and arsenic8, since it is increasingly rare that a contaminated site only contains one toxic compound.